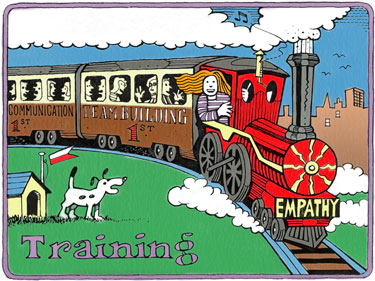 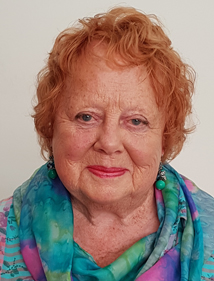 A large part of Jenny Biancardi Consultancy’s work involves being bought in by a variety of organisations to run in-house or in-service training for their staff in Newcastle upon Tyne, Gateshead, Durham, Hull, and the North East of England.

There are two main sorts of training requested: business training; and training for therapists, counsellors and supervisors.

The Jenny Biancardi Consultancy is based in Newcastle upon Tyne.

“All of the twenty that attended said that it had been the best in-house training that they had ever been on. Not only had it been very informative but they had actually been given practical ways of working with their clients that they could take away with them and use immediately with confidence.”

All the in-house training that I provide is individually tailored to meet your organisation’s needs. Your course will always include an experiential element, so that the skills which have been taught are practiced, to embed the learning. Groups are involved in providing examples and material from the workplace, so that the theory and course content is relevant to the work they are doing, or the difficulties they are experiencing.

I work with what arises, using elements from my background as a trainer, manager, person-centred therapist, and psychodramatist as needed. These offer me a wide range of understanding and skills to call upon.

I was asked to do some team building with a team who were not working well together. There was a lot of bad feeling, negativity and blame.

When I asked them how long things had been difficult, they all agreed it had been about a year, and before that things weren't perfect, but were much better. One of them mentioned in passing it was about the time the new computers were installed that the problems had started.

Another team member quipped, with an edge in her voice, that not everyone had had new computers: three out of seven had had reconditioned gear. But they all agreed that all the computers did the job needed.

Working in small groups I got them to look at their first experience of working in groups – i.e. their family groupings. As I half expected, three of the team members came from unusually large families. The relevance of this? They were the three who had ended up with the reconditioned computers. When you’ve had a second-hand coat, a second-hand bike, and second-hand shoes, it’s hard not to be envious and resentful of others getting the 'new toys'.

The old sibling rivalries were largely unconscious: though comments had been made at the time, no one was really aware of how deeply these feelings can run. Because they weren’t expressed, a lot of sibling rivalry was activated and re-enacted so that even those with the new toys (computers) were reminded of competing siblings.

Once we were able to bring this to the surface and explore it, and respect the intensity and importance of some of these feelings, various other ‘sibling rivalry’ stories emerged making sense of the discontent and lack of cooperation.

In the end there was much laughter and humour as I encouraged the group to voice any resentments or envies and see how many they could find. “Your chair swivels better than mine.” “You are facing the door so people don’t creep up on you.”

We then did some advanced communication skills training, and they finished by developing a team song which expressed their uniqueness and strength as a team. This came out of another exercise we were doing, and suited that particular team.

This case study shows the way I worked with this team, and is relevant only to this team and the problems they were having at the time. This is not a formula to be reused with other groups: each situation is unique.

Follow-up information from the person who bought me in was that the team were now much more effective and working more harmoniously. The team had been surprised how much they had enjoyed the day, as they had been dreading it.

Depending on your organisation, your in-house training courses or workshops might have a focus on things like:

Therapy and counselling skills courses or workshops might have a focus on:

Examples of the types of organisations who buy Jenny in to provide in-house training include:

These organisations are often based in Newcastle upon Tyne, Gateshead, Durham, Hull, Northumberland, or the North East of England.

There are several ways of contacting me - Jenny Biancardi - for an initial discussion.